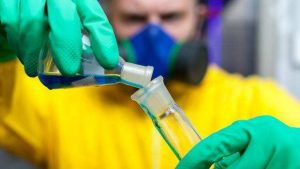 To test or not to test. That is the question for home buyers.

Some are choosing to test homes for methamphetamine contamination before bidding or buying. A contaminated home can be expensive to clean and some buyers wouldn’t want to live in the property even then.

We at Habitat Property Services – meth testing houses in Auckland, are now frequently seeing low-level houses cleaned up properly for around the $3000 mark. High levels are a different story.

A meth test brings peace of mind. The world of meth testing, however, isn’t straightforward. There are differing opinions on what a worrying level of contamination is.
Sometimes the level being detected in houses is well below any worrying level in terms of risk to human
health.

Habitat Meth Testing would say the vast majority of houses with a detected level of meth are below any practical risk to humans. Nowadays there are scientists comparing low level meth results to fly spray, diesel fumes, and many other environmental particulates.

Current limits of meth residue before decontamination is needed is 1.5 micrograms per 100 sq cm, which Massey University toxicologist Dr Nick Kim says is well below the level where you would expect a health effect.

Habitat Property Services refers to Dr Nick Kim by default. He peer reviewed the 2010 MoH Guidelines, and has a real world practicality around this issue.

He argues that contamination levels from smoking meth are not hugely harmful compared to a home where the drug has been manufactured, a distinction that home buyers need to keep in perspective. Though homebuyers shouldn’t panic unnecessarily, it still may not be a bad idea to get a meth test done.

Don’t panic! As long as it’s not a high level – say over 20, and not a P-lab. Habitat Meth Testing in Auckland often see the problem fixed up relatively easily.

It’s not always properties that look like gang homes that are contaminated. Homes in posh suburbs have been used as meth labs. There have even been incidents where relatives of elderly people have used their homes for illegal purposes.
If a home has been used as a rental property, Airbnb or other transitory accommodation, getting the test done could be viewed as sensible. Homebuyers may assume they’re in the clear buying a property from a little old lady, for example, who has lived there for 50 years. But there have been examples where younger relatives have moved in and smoked or even manufactured P in the property.

Knowingly buying a contaminated house is risky, but is done typically by investors who plan to clean it up and flick it on. Agents advertise these homes as “as is, where is”.
Landlords are required under the Residential Tenancies Act (Building Act and Health Act) to provide a clean property. Tenants who find they have been let a coNntaminated property could seek redress from the Tenancy Tribunal.

Habitat Property Services is not sure what the Act classifies as ‘clean’. There is law against renting out ‘chemically contaminated’ property.

The Residential Tenancies Amendment Bill (No 2), currently at select committee stage, will make it unlawful for landlords to let properties they know to be contaminated. The proposed fine could be up to $3000.

Habitat Property Services assume the level of contamination will be 1.5/room as per NZ Standards. It might incline some owners to not test their property. Overall it should be good for buyers and tenants.

Landlord Kris Pedersen says he uses a standard tenancy agreement with a meth clause, which enables him to test before, during and after a tenancy. It also shows tenants there will be zero tolerance for meth use.

Habitat Property Services always recommends putting this clause in tenancy agreements – it should also state that the tenant must pay if the result is positive.

Homebuyers who want to do a meth test are probably best to get a “baseline” test done.
This should cost around $200 and will tell them whether or not there is meth present.
If there is, a decision has to be made whether to buy.
If the answer is a “yes”, they may need more indepth testing done.

Habitat Property Services – meth testing houses in Auckland currently sample every room in an average size house, including garage, courier, lab analysis and report for $209.  Travel may apply if out of area.

In-depth, pre or post-decon, or detailed / distinct area sampling is around $1300 for 10 samples.

Where are we at with meth testing levels? »